Do you want to drink? 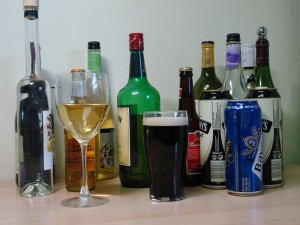 What its all about.

Wanting to drink is a funny kind of thing. Its not necessarily very strong, it can be just a passing fancy: “Oh wouldn’t it be nice to have a beer, it a lovely hot day”. Or “Gosh look at everyone having a glass of wine with their dinner, I would love one too”! It seems such an innocent, background thought that no harm could come of it. And of course it could be the most deadly thought of a lifetime, it could literally mean the difference between life and death, between having a family and losing everyone, and between having a job and getting fired. It is very difficult when having a passing thought that there could be a whole history of addiction behind it; there could be a whole force of an alcohol dependence driving that thought; there could be years of build up to make a passing thought. Scientists have identified major changes in the base of the brains of those who become alcohol dependent, their whole brain architecture and chemistry is changed. They may not be aware of those changes, but they certainly need to be aware of the consequences. Each passing fancy of a thought could be the precursor of a major relapse, a major binge, a major bender. Each relapse is a risk, something awful could happen during it; no one can predict what could happen. So each passing fancy could have a major cause, and a major consequence, if it is acted upon. If you cant prevent the thought, you can at least prevent the consequence. The aim is to recognize the thougt for what it is, a significant episode of craving, and act as if it could be the kiss of death. Only through the understanding of what the origin of the passing thought is, can you stop yourself from acting on it, taking tht first drink, and ending up God know where, in God knows what state. Beware what is behind that thought.

This entry was posted in Uncategorized and tagged Alcohol. Bookmark the permalink.