What happens when we drink too much? Firstly there is the pleasant rush of intoxication, the relaxation of anxiety and inhibitions, and a generally pleasant effect. then as more alcohol goes in, a number of things can happen. Mostly nothing major happens, and the night passes off well enough. But with increased drunkenness, a lot more bad stuff can happen. Emotions can run riot, people can get argumentative, even belligerent, and fights can occur. That might end up as a few bruises, or even a visit to A+E; but occasionally, it can end up in a serious injury or even death. As inhibitions get shed, people can act in ways unthinkable when sober; “truths” that are best unsaid get said; opinions that should be kept quiet are shoved in others faces; and impulses best left under control get unleashed. All can have massive consequences. Friendships can get destroyed, spouses can get attacked and battered, and sexual assaults can occur. If someone has a depressive tendency, then depression can get much more intense, and suicidal ideas can emerge. Disinhibition can lead to those suicidal ideas getting acted upon, and so there can be rash suicidal acts that can end up in death. So much can be unleashed by the power of alcohol that it is a wonder that it is permitted at all. You can argue that it all laid under the surface anyway, and that everything that happens is just an expression of what lay underneath. But the reason we have layers as humans is that we have discovered ways of judging situations, of controlling impulses, and putting conscience into play. Indeed it is arguable that the main thing that distinguishes as humans is all those factors we inhibit in our daily lives, and not all the things we push for. Neandrethals had much smaller inhibiting frontal lobes in their brains than us humans, and we all know what happened to them. For better or worse society exists on the basis of suppression of desires and impulses, and alcohol lets us know what would happen without civilization. We possible might have a good time initially, but without controls we would probably end up injured, depressed and possibly dead. That is as good an argument that you can find for the controlling of the uncontrolled substance. Unfortunately there is no sign that alcohol will be controlled in any meaningful way in this country or any of our neighbours in the near future. The consequences will continue, and the cause will remain the same. No change there! 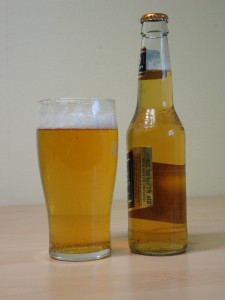 This entry was posted in Uncategorized and tagged Alcohol misuse. Bookmark the permalink.